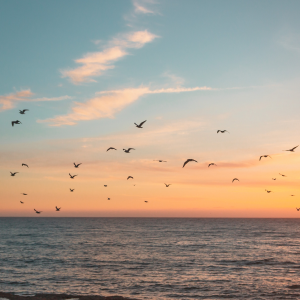 On 7 May 2021, the U.S. Fish and Wildlife Service (USFWS) published a proposed rule that would revoke the Trump administration’s rule that the Migratory Bird Treaty Act (MBTA) does not apply to the incidental take of protected migratory birds. If finalized, the proposed rule would represent a return to pre-Trump years, when courts disagreed about the scope of the MBTA and USFWS exercised broad discretion whether to seek civil or criminal penalties against parties whose activities unintentionally harmed or killed migratory birds. The proposed rule may ultimately clear the way for an MBTA incidental take permitting regime, which USFWS pursued but ultimately did not implement the last time Joe Biden had an office at the White House.

First enacted in 1918, the MBTA implements treaties between the United States and Canada, Japan, Mexico and Russia for the protection of migratory birds. The Act makes it a crime to “pursue, hunt, take, capture, kill, attempt to take, capture or kill,” possess, sell, purchase, or ship any migratory bird or any part, nest or egg of a migratory bird. The Act and the treaties it implements currently protect more than 1,000 avian species.

There is one exception to these MBTA’s proscriptions: where the otherwise prohibited act has been permitted by regulations adopted by the Secretary of the Interior. Interior has adopted regulations authorizing hunting migratory game birds, certain scientific and educational activities, military readiness activities, and other actions. Unlike the Endangered Species Act and the Bald and Golden Eagle Protection Act, however, there has never been a formal permitting regime under the MBTA for take incidental to commercial or industrial activities – not to mention the far more common incidental take resulting from birds striking buildings, cars, or other structures. Instead, USFWS has historically relied on enforcement discretion.

Prior to and during the Obama-Biden Administration, courts disagreed over whether and to what extent the MBTA prohibits conduct that results in, but is not intended to, take or kill migratory birds. The Fifth Circuit has taken the strongest stand against such liability, holding in the 2015 U.S. v. CITGO Petroleum Corp. case that the Act does not prohibit the incidental take of migratory birds due to otherwise lawful activities. The Ninth Circuit and courts in the Eighth Circuit have also declined to read the MBTA as imposing strict liability, though they have not been as unequivocal. On the other end of the spectrum are the Second Circuit and courts in the Tenth, which have held that the MBTA does prohibit incidental take.

That said, widespread enforcement of the MBTA has not occurred even within the circuits that prohibit incidental take. Whether out of prudence or necessity, USFWS has historically relied on prosecutorial discretion to focus its enforcement efforts on bad or at least negligent actors. Wind energy developers, for example, who implemented best practices and engaged in demonstrable, good-faith efforts to reduce incidental take of migratory birds traditionally had less to worry about than those who did not take such measures. Notably, because the MBTA lacks a citizen suit provision – meaning that private actors cannot sue developers over instances of incidental take – USFWS’s discretion is all-controlling.

Towards the end of the Obama administration, USFWS began laying the groundwork for a formal incidental take permitting regime under the MBTA (For a closer look, see Andrew Bell’s contemporaneous article in North American Windpower), but the initiative failed to make any progress before the Trump Administration took over. Instead, the Obama administration issued a parting shot on 10 January 2017 in the form of Solicitor’s Opinion M-37041, which concluded that the MBTA prohibits incidental take of migratory birds.

On 22 December 2017, Trump’s Interior Department issued a new Solicitor’s Opinion, M-37050, which withdrew and replaced the Obama opinion and followed the Fifth Circuit to assert that the MBTA does not prohibit incidental take. The administration also moved to codify this interpretation with a formal rulemaking.

Unsurprisingly, litigation immediately followed. On 11 August 2020, the U.S. District Court for the Southern District of New York in Natural Resources Defense Council v. U.S. Dep’t of the Interior issued an opinion setting aside M-37050 as contrary to law. There, the court held that the MBTA prohibits incidental as well as intentional take.

Undeterred, on 7 January 2021 the Trump Administration published a regulation affirming that the MBTA does not prohibit incidental take. It, too, was quickly challenged in court.

As expected, the Biden Administration wasted little time in moving to dismantle the Trump Administration’s interpretation of the MBTA.

The operative language in the proposed rule could hardly be more concise: “Remove [50 C.F.R.] § 10.14.” The bulk of the proposed rule’s Federal Register notice is devoted to justifying the move on legal grounds. In short, USFWS explains that the Trump administration’s rule “does not reflect the best reading of the MBTA’s text, purpose, and history,” and is “inconsistent with the majority of relevant court decisions addressing the issue,” particularly the NRDC case mentioned above. After distinguishing CITGO and praising NRDC, USFWS also explained that consideration of concerns expressed by Canada – partner with the United States to treaties implemented by the MBTA – also weigh in favor of rescinding the Trump-era rule.

As USFWS explains in the Federal Register, the effect of the proposed rule “would be to return to implementing the MBTA as prohibiting incidental take and applying enforcement discretion, consistent with judicial precedent.” For industry, the key phrases here are “enforcement discretion” and “consistent with judicial precedent.”

As noted previously, prior to the Trump administration, the lack of an incidental take permit program, combined with a USWFS that viewed the MBTA as prohibiting at least some forms of incidental take, meant that regulated entities whose activities inadvertently took migratory birds could do little more than exercise best practices to avoid avian impacts and rely on USFWS’s sound exercise of prosecutorial discretion.

At least outside of the Fifth Circuit, then, the prudent approach remains for developers to implement best practices and take demonstrable, good faith efforts to reduce the incidental take of avian species. By specifically referencing “enforcement discretion,” the USFWS has signaled that it expects this practice will be reinstated if it finalizes the proposed rule following public comment. Given the MBTA’s lack of a citizen suit provision, it is the opinion of the USFWS and, by extension, the Biden administration that matter most in such a regulatory environment.

Looking ahead, do not be surprised if Biden’s USFWS dusts off the MBTA incidental take permitting program it proposed under the Obama administration and attempts to finish the work it started in 2015. If past efforts are any indication of what a Biden incidental take permit framework might look like, regulated entities could expect to see: (i) general, programmatic authorizations for specific industry sectors (expect the question of whether renewable energy is among these sectors to be hotly contested); (ii) individual incidental take permits and corresponding site-specific NEPA reviews for more controversial or impactful projects or sectors; and (iii) still other sectors or activities that remain subject to USFWS’s enforcement discretion.

Should the Biden administration pursue this or another incidental take permitting framework, it will not happen overnight. Given the ubiquity of migratory birds in the United States and the nearly limitless scope of activities that can impact them, any such framework is bound to be subject to legal challenge that will further slow it down.

For the time being, however, the prosecutorial discretion approach of the Obama administration appears to be back.

If you have any questions regarding how to navigate the MBTA during these times of change, please feel free to contact us at +1.415.230.0599 or info@bell-kearns.com