Is To Kill a Mockingbird Good Authority? Federal Court Sets Aside Administration’s Interpretation of the Migratory Bird Treaty Act 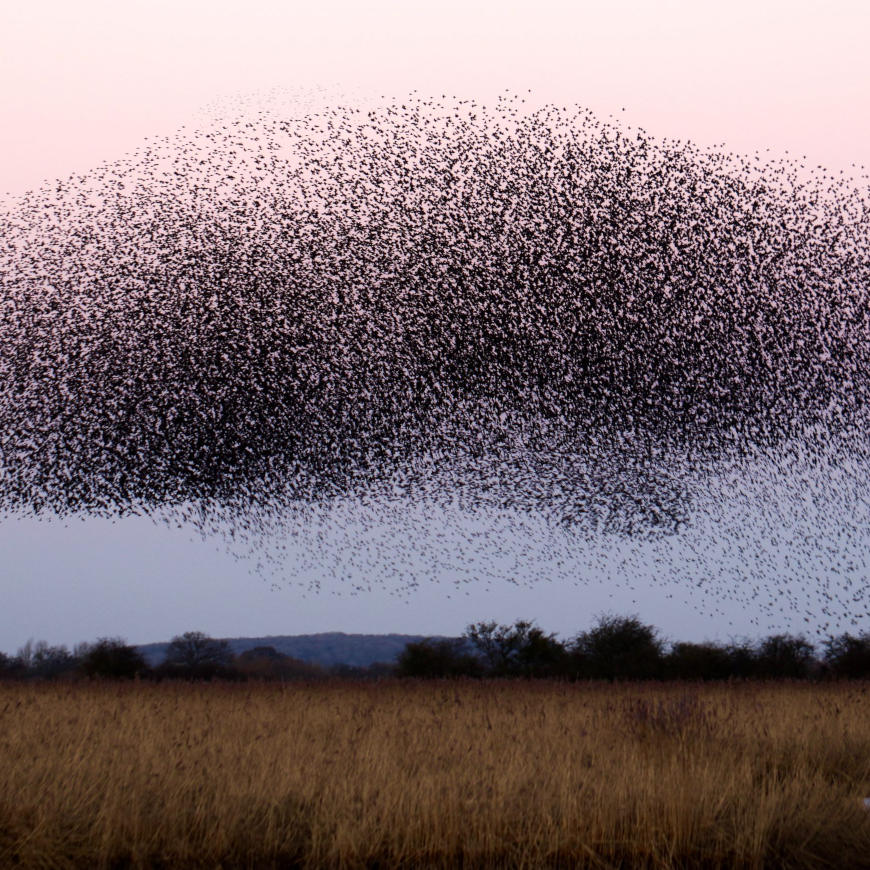 On 11 August 2020, the U.S. District Court for the Southern District of New York issued an opinion setting aside the U.S. Department of Interior’s (DOI) interpretation of the Migratory Bird Treaty Act of 1918 (MBTA) as contrary to law pursuant to the Administrative Procedure Act. The decision deepens a circuit split over an issue of importance to industrial and wind energy installations across the United States.

The decision, Natural Resources Defense Council v. U.S. Dep’t of the Interior, arose out of challenges to DOI’s December 2017 memorandum (Opinion M-37050) interpreting the MBTA to prohibit only direct takes of the 1,000-odd covered bird species rather than indirect or incidental takes arising from actions that are not specifically directed at birds. The U.S. Fish and Wildlife Service (USFWS) is close to finalizing regulations codifying that interpretation.

The decision rebukes DOI for “renouncing almost fifty years of [the] agency’s interpretation” of the statute without sufficient legal justification and will likely freeze the official rulemaking process. It harkens back to the pre-Trump era when otherwise lawful activities were interpreted to be violative of the MBTA for incidentally causing the death of birds or destruction of bird habitat, subject to USFWS’s enforcement discretion.

Although this broader interpretation of MBTA raises the specter of criminal liability over almost any activity that may kill a bird, USFWS has historically declined to bring enforcement actions against individuals or developers as long as reasonable measures are implemented to reduce incidental take. A return to prosecutorial discretion is questionable reassurance, but one that industry had been forced to live with prior to the advent of Opinion M-37050 in 2017.

This article provides the operative criminal provision of the MBTA; summarizes Opinion M-37050; reports on the status of the USFWS rulemaking process; summarizes yesterday’s court opinion; and explores the effects of the decision on the MBTA going forward.

The MBTA provides in relevant part:

“Unless and except as permitted by regulations . . . it shall be unlawful at any time, by any means or in any manner, to pursue, hunt, take, capture, kill, attempt to take, capture, or kill . . . any migratory bird, any part, nest, or egg of any such bird . . . included in the terms of the conventions . . . .”

Violating the MBTA is a misdemeanor punishable by a fine of up to $15,000 and imprisonment for up to six months.

MBTA has a long history of differing interpretations over whether “take” includes unintentional mortality that results from otherwise lawful activity. Given the breadth of bird species covered under the rule and the inevitability of bird collisions with all sorts of structures – including buildings, power lines, and wind turbines – an interpretation of “take” that includes incidental take makes a great deal of productive activities potentially illegal and criminally punishable.

Add to that statutory breadth the fact that there is currently no mechanism for USFWS to permit incidental take under the MBTA. Any project with the potential to incidentally kill birds – that is, almost any physical project in the country – is therefore at risk of criminal liability with no way to avoid it. Such is the conundrum that DOI’s 2017 Opinion M-37050 sought to resolve.

DOI’s 41-page Opinion M-37050 argues that a liberal interpretation of the MBTA that includes a prohibition on incidental take relies too much on USFWS’s enforcement discretion to be a workable criminal statute. The oft-quoted passage from the memorandum forecasts that “[i]nterpreting the MBTA to apply to incidental or accidental actions hangs the sword of Damocles over a host of otherwise lawful and productive actions,” including activities such as “driving a car, allowing a pet cat to roam outdoors, or erecting a windowed building.” DOI argues that the statute was not intended to produce such “absurd results.” Rather, the Opinion M-37050 argues, “[t]he text, history, and purpose of the MBTA demonstrate that it is a law limited in relevant part to affirmative and purposeful actions, such as hunting and poaching, that reduce migratory birds and their nests and eggs, by killing or capturing, to human control.”

The Opinion M-37050 prompted USFWS to initiate formal rulemaking to publish regulations codifying the memorandum. In short, USFWS proposed to interpret the MBTA to prohibit only actions directed at migratory birds, their nests, or their eggs, and to clarify that incidental take is not prohibited. On 6 February 2020, USFWS posted a regulatory impact analysis evaluating the economic impacts of the proposed rule. On 10 June 2020, USFWS published a draft environmental impact statement (EIS) analyzing the potential impacts of the proposed rule pursuant to the National Environmental Policy Act (NEPA). The comment period closed on 20 July, and a final EIS and rule was expected in the fall.

The Opinion M-37050 and subsequent rulemaking sparked an immediate outcry. A number of environmental interest groups and eight states brought actions to vacate the memorandum and subsequent agency guidance, which were consolidated before Judge Valerie Caproni in the Southern District of New York. On 11 August 2020, the court issued the decision that prompted this article.

The court began with an apt quote from Harper Lee’s To Kill a Mockingbird before walking through the history of the MBTA, the international treaties from which it arose, and USFWS’s historic enforcement strategies.

The court then began its substantive analysis by drawing a distinction between mens rea and actus rea. Both parties agreed that the MBTA is a strict liability statute that does not contain a mens rea element, or an intention of killing a bird. Plaintiffs argued that the Opinion M-37050 impermissibly wrote a mens rea element into the MBTA by limiting the statute’s scope to intentional takings. DOI countered that the Opinion M-37050 does not create a mens rea element; rather, the memorandum served to narrow the scope of covered actions (actus rei) to those directed at birds, regardless of whether the actor intended to kill. The court initially agreed with plaintiffs:

“Notwithstanding [DOI’s] insistence, a plain reading of the [Opinion M-37050] and subsequent communications and guidance strongly suggest that it imposes a mens rea requirement on the MBTA’s misdemeanor provision.”

The court relied on words in the Opinion M-37050 such as “purposeful,” “voluntary,” and “deliberate” to reach its conclusion that the memorandum impermissibly created a criminal element absent from the statute itself. However, the court then walked back its conclusion and gave DOI the benefit of the doubt:

After determining the appropriate level of administrative deference, the court began picking apart the logic of the Opinion M-37050. For one, the court reasoned that the plain language of “kill” in the MBTA’s misdemeanor provision “refer[s] to ‘depriving of life’ regardless of whether the predicate act was directed at the victim.” The court cited Webster’s Dictionary and Blackstone’s Commentaries to support this reading, as well as the Supreme Court case Babbitt v. Sweet Home Chapter of Communities for a Great Oregon, which interpreted “take” broadly in the context of the Endangered Species Act.

The court also considered the language “by any means or in any manner” to be unambiguous, and faulted DOI for incorrectly interpreting the phrase to mean “by any means or in any manner of activity that is specifically directed at birds” (emphasis added). DOI relied on the cannon of construction noscitur a sociis to read in that qualification (based on the surrounding purpose-driven words such as “pursue” and “hunt”), but the court found it improper to apply the canon to create ambiguity in a word such as “kill” that is facially unambiguous. The court also found that DOI’s interpretation would render the surrounding words such as “pursue” and “hunt” superfluous, and applied its own interpretive canon (the rule against superfluity) to invalidate DOI’s position.

DOI further argued that a broad, nonspecific interpretation of “kill” would render MBTA unconstitutionally vague. The void-for-vagueness doctrine “requires that a penal statute define the criminal offense with sufficient definiteness that ordinary people can understand what conduct is prohibited and in a manner that does not encourage arbitrary and discriminatory enforcement.” The court reasoned that unlike other situations in which criminal statutes have been struck down as vague, the MBTA makes very clear and specific what conduct prohibited: killing birds. With respect to the second prong of the doctrine, the court pointed to USFWS’s history of using alternatives to criminal prosecution as evidence that DOI’s concerns of arbitrary enforcement are merely “theoretical.”

DOI additionally argued that a broad interpretation of MBTA would lead to the absurd results of criminalizing everyday behavior such as letting the cat out or driving a car. The court responded to this argument by again pointing to a lack of overzealous enforcement during the roughly 50 years that MBTA was interpreted to prohibit incidental take:

“[US]FWS’s history of enforcing the MBTA against high-risk commercial activities that most threaten bird populations belie [DOI’s] concerns and further suggest that the [Opinion M-37050] is a solution in search of a problem.”

Finally, DOI argued that the legislative history of the MBTA demonstrates that the statue was intended to reign in hunting and other similar activities specifically targeting birds. The court essentially responded that statutory interpretation based on legislative history is only appropriate where there is facially ambiguity, and the MBTA has none.

The court granted plaintiffs’ motions for summary judgment, vacated the Opinion M-37050, and remanded it to the agency for further proceedings.

Given the import of the decision on the federal government’s implementation of the MBTA, it is very likely that defendants will appeal the decision to the Second Circuit Court of Appeals and seek a stay on the order pending appeal. There is also a good chance that such an appeal would end up before the Supreme Court since there is an apparent circuit court split on the scope of the MBTA. Finality on the issue, regardless of the outcome, would be a welcome development in a long saga of uncertainty surrounding the statute.

The proposed USFWS rule codifies Opinion M-37050. With the latter struck down by a federal judge as “contrary to law,” it is unlikely that USFWS will move ahead with its proposed rule unless or until the decision is stayed or successfully appealed.

Looking ahead, the court decision adds a layer of complexity to an already uncertain future of MBTA implementation.

In the final days of the Obama administration, USFWS started laying the groundwork for an MBTA incidental take permit program. Although never finalized, such a program would have offered developers comfort beyond prosecutorial discretion where their projects would inevitably result in bird mortality. If Joe Biden wins the presidential election in November, it is possible his administration would dust off the permitting program begun under his vice presidency.

Note that in California specifically, where our firm is based, state law has long made it unlawful to take migratory nongame birds protected under the MBTA, except as provided by federal rules and regulations. On 27 September 2019, California Governor Gavin Newsom signed AB 454 into law. AB 454 is a direct response to Opinion M-37050. Under AB 454, take is prohibited except as provided by federal rules and regulations adopted “before January 1, 2017, or subsequent rules or regulations adopted pursuant to that federal act, unless those rules or regulations are inconsistent with this code.” Thus, California now prohibits the incidental take of migratory nongame birds protected by the MBTA regardless of the federal rule.

The MBTA will remain a hot topic for years to come. We will continue to monitor developments and report on issues that may affect our clients.