What Does Biden’s Offshore Wind Initiative Mean for California? 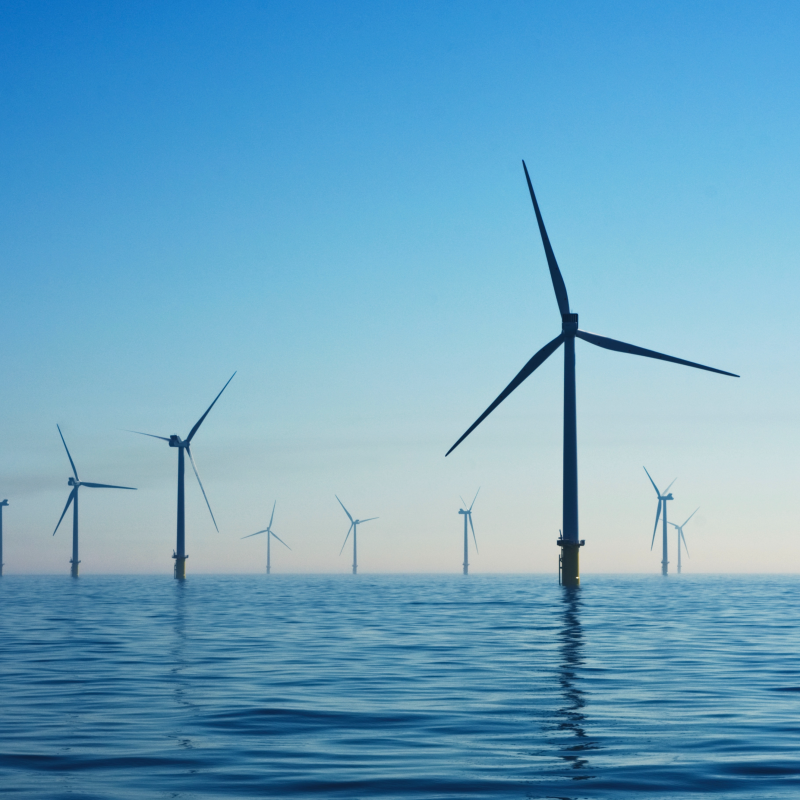 In March 2021, the White House announced an ambitious federal initiative to expand offshore wind energy development in the United States. The plan targets 30 gigawatts of offshore wind energy by 2030 and calls on the U.S. Department of the Interior (DOI) Bureau of Ocean Energy Management (BOEM) to authorize at least sixteen offshore wind projects over the next four years to meet that goal. The initiative’s short-term objectives are focused on the East Coast, where permitting is already afoot, but plans for the coast of California are underway as well.

The Biden Administration’s offshore wind initiative is a collaboration of the Interior, Energy, Commerce, and Transportation Departments. It expands upon an Executive Order that the President issued in his first week in office calling on federal agencies to double offshore wind energy in the United States by 2030. The March announcement offers a more concrete path forward: sixteen projects permitted by 2025, 30 gigawatts installed by 2030, and 110 gigawatts installed by 2050. The plan includes $230 million in funding for port infrastructure, a $3 billion federal loan program, an $8 million research and development award, a $1 million grant to study the impacts of offshore wind on fishing and coastal communities, and a data sharing agreement with offshore wind giant Ørsted.

The rapid acceleration of offshore wind energy deployment is a welcome departure from the previous administration’s lukewarm support. Developers from around the world are poised to capitalize on the nascent U.S. market now that federal support for well-designed and well-sited offshore wind projects is back.
East Coast Permitting

The first steps toward the plan’s ambitious goals involve prioritizing previously proposed development areas and projects on the East Coast. One short-term initiative is to establish a new priority Wind Energy Area in the New York Bight waters between Long Island and New Jersey. The area has already been identified as suitable for offshore wind energy and developers have had their eyes on it for years. The federal initiative calls on BOEM to conduct a lease sale for the New York Bight in late 2021 or early 2022.

The East Coast is low-hanging fruit for offshore wind development given its relatively calm, shallow waters, existing coastal infrastructure, and high population density. While the Biden Administration intends to start there, its ambitious 30-gigawatt installation goal will likely include development elsewhere in the county including the Gulf of Mexico and the West Coast.

We have previously written about the West Coast’s potential for offshore wind development. Breakthrough floating wind technology and recent legislative attention to California’s deep coastal waters have sketched a path forward, but progress has been choppy owing in large part to potential conflicts with U.S. Department of Defense (DoD) operations. But the Biden Administration’s offshore wind initiative will put pressure on federal agencies – including DoD – to expedite the leasing process and resolve resource conflicts quickly.

In October 2018, BOEM published a Call for Information and Nominations identifying three call areas off the California coast that may be suitable for wind development: Morro Bay and Diablo Canyon in central California, and Humboldt in northern California. Fourteen companies responded to the call expressing interest in developing offshore wind facilities in those areas. However, DoD stepped in to block leasing in the central California locations owing to conflicts with military operations. California Congressman Salud Carbajal initiated negotiations with DoD, federal and state agencies, and local stakeholders to resolve potential conflicts, and in July 2020 successfully passed a rider in the Fiscal Year 2021 National Defense Authorization Act supporting development in and near the Morro Bay call area. Since then, negotiations have continued among the members of the BOEM California Intergovernmental Renewable Energy Task Force, an interagency group comprised of members of state, local and tribal governments and federal agencies. Congressman Carbajal is also working with the California Offshore Wind Working Group comprised of state legislators, BOEM, DoD, The National Oceanic and Atmospheric Administration (NOAA), the California Energy Commission (CEC), and the United States Navy.

At the state level, Assemblymember David Chiu introduced Assembly Bill 525 in February 2021, which would set a target of producing 10 gigawatts of offshore wind energy off the California coast by 2040. The bill cleared the Assembly Utilities and Energy Committee in April. Pressure from state environmental and labor groups to permit offshore wind is also continuing to mount.

The Biden Administration’s recent offshore wind energy initiative is expected to spur further interest in the previously identified California leasing areas and perhaps even open up new areas along the West Coast for offshore wind leasing. It may also pressure DoD to demonstrate greater flexibility than it did under the previous administration.

For a high-level analysis of permitting considerations for offshore wind in California, see our previous article here. If you have any questions regarding the West Coast offshore wind industry, please feel free to contact us at +1.415.230.0599 or info@bell-kearns.com.