BLM Wakes Up to the Climate Crisis 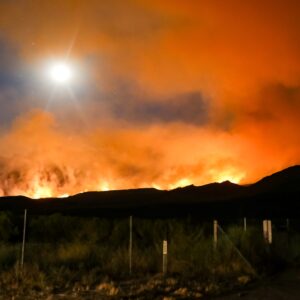 Yesterday, the Bureau of Land Management (BLM) announced a solicitation of public input on a proposed revision of the agency’s renewable energy permitting regulations. BLM intends to publish a proposed rule in early 2022.

BLM is specifically interested in comments on multiple topics that have been controversial within the renewable energy industry since BLM’s last retooling of its renewable energy permitting regulations that took effect in January 2017. These topics include many that we have been engaged in on behalf of our clients, such as rental calculation methods, application screening and prioritization criteria, competitive bidding procedures, and processing time standards.

The issue of BLM rents will likely play a central role because BLM is aware through focused industry advocacy and project-specific administrative appeals that its acreage rental rates and megawatt capacity fees need to more accurately reflect the fair market values of the underlying lands as required by the Federal Land Policy and Management Act. Under the existing regulations, BLM publishes generalized rent schedules based on a series of complex regulatory formulas and sometimes flawed data inputs that increasingly abstract the ultimate rental rates from real world market conditions. At times, the resulting rental rates more or less successfully reflect the fair market value of the lands underlying wind and solar projects; other times the regulatory rental rates can exceed demonstrable fair market values by ten times or more. By identifying rental rates as an item of consideration, BLM appears to have heeded the urgent call of renewable energy developers and industry groups to design a more precise method of calculating solar and wind rents.

BLM also charges developers a “megawatt capacity fee” for operational wind and solar projects under the existing regulations. These fees – which are levied above and beyond acreage rents – are based on a fossil fuel and mineral model of public land management that charges right-of-way grantees for the non-renewable resource values being extracted from the land. But the federal government does not own – and cannot charge for – renewable wind or sunlight the way it does subsurface minerals. We are hopeful BLM will address this in the next round of regulatory updates, both as a matter of law and to further promote renewable energy development on federal lands by bringing its charges closer to fair market value.

BLM’s responsiveness to core concerns raised by multiple renewable energy developers and trade groups is testament to the Department of the Interior’s (DOI) determination to meet the Energy Act of 2020’s mandate that DOI issue permits authorizing production of at least 25 gigawatts of renewable energy on public lands by no later than 2025.

Still, whether a rulemaking can move fast enough to help achieve that mandate is an open question, as these things take time. BLM consequently may need to issue temporary guidance, known as instruction memoranda, to ensure DOI timely satisfies the Energy Act’s 2025 deadline. Such an approach is feasible because the existing regulations are broad enough and contain sufficient avenues for alternative compliance to allow for interim implementation along lines to be formalized in regulation at a later date. Indeed, BLM did just that when it issued multiple renewable energy instruction memoranda in the years between 2008 and 2011 that were subsequently codified in the 2017 rule revision.

This solicitation is an important opportunity for industry to help BLM speed development of renewables on federal lands in a time of climate crisis. In making such changes, it will be particularly important for the agency to remember that, however it streamlines its renewable energy permitting regulations, environmental values will continue to receive robust protection through statutes such as the National Environmental Policy Act, the Endangered Species Act, the Bald and Golden Eagle Protection Act, the Migratory Bird Treaty Act, and the Clean Water Act, to name a few.