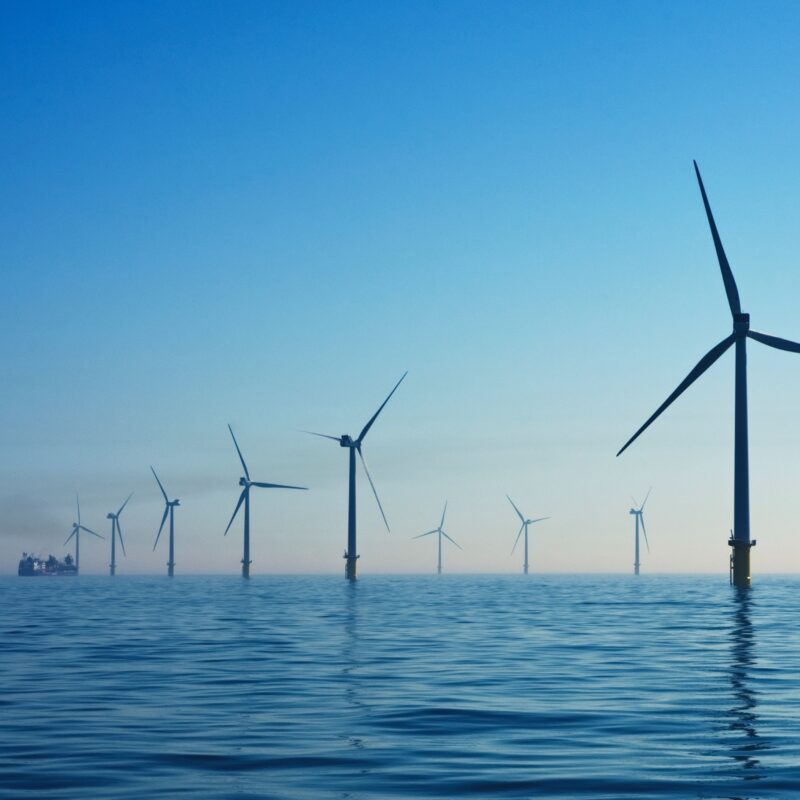 On 11 January 2022, the United States Bureau of Ocean Energy Management (BOEM) issued a draft Environmental Assessment (EA) for site assessment and characterization activities and the issuances of leases in the Humboldt Wind Energy Area.

Assuming the agency finalizes the EA following public comment, its next step will be to hold an auction for offshore wind leases. While turbine construction is still years away—and subject to myriad other federal and state approvals—BOEM’s recent action represents an important milestone on the road to offshore wind energy on the West Coast.

BOEM published a Call for Information and Nominations in October 2018 for three call areas off the California coast as possible locations for offshore wind development: Morro Bay and Diablo Canyon in central California, and Humboldt in northern California. The Humboldt Wind Energy Area (WEA) is a roughly 132,000-acre area about 21 miles off the coast of Eureka, California, with water depths ranging from approximately 500 to 1,100 meters. BOEM estimates that the Humboldt WEA could be home to 1.6 GW of installed capacity, assuming 3 MW of generating capacity per square kilometer.

Because the EA is limited to relatively unobtrusive site assessment and characterization activities, it unsurprisingly finds that the agency’s issuance of leases and potential approval of SAPs will not result in significant environmental impacts. The EA nevertheless provides a helpful introduction to issues that are likely to play a larger role once BOEM prepares environmental impact statements for specific project COPs.

For example, the EA notes that the Humboldt WEA overlaps with critical habitat for humpback whales designated by the National Marine Fisheries Service in May 2021. While BOEM concludes in the EA that site assessment and characterization activities are not anticipated to destroy or adversely modify this critical habitat, project-specific impacts on listed species and critical habitat will be hot-button issues when BOEM commences NEPA review of project COPs.

In the EA, BOEM explains that it intends to issue up to three leases within the Humboldt WEA, along with associated easements and grants for subsea cable corridors and areas for collector and converter platforms.

BOEM anticipates issuing the leases later this year and estimates that successful developers could begin site-specific surveys by spring 2023. This timeline is on par with recent BOEM leasing efforts on the East Coast. It took over five years from the time BOEM issued a call for the Virginia Wind Energy Area to hold a competitive auction and approve the winner’s SAP. Similarly, for a call area offshore of Rhode Island and Massachusetts, over six years elapsed between issuing a Call and approving the winner’s SAP.

BOEM will accept public comment on the Humboldt EA through 10 February 2022. The agency will also hold virtual public meetings on the EA on 25 and 26 January 2022, where it will take questions and receive oral testimony.

If you have any questions regarding this article, please feel free to contact us at +1.415.230.0599 or info@bell-kearns.com.