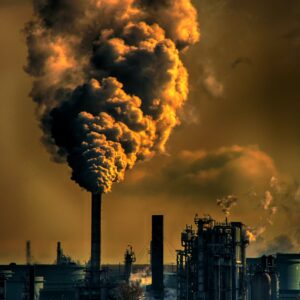 The interim guidance applies to all Federal actions subject to NEPA and builds upon CEQ’s 2016 NEPA guidance repealed by the previous administration. The purpose of the guidance is to provide a uniform approach for Federal agencies to consider both the impacts of a project on climate change and the impacts of climate change on a project. The guidance takes effect immediately while CEQ considers whether to revise or finalize it based on public comments received before 10 March 2023.

There are several key components of the interim guidance that federal agencies, developers, and consultants should keep in mind. First, Environmental Assessments (EAs) and Environmental Impact Statements (EISs) should quantify GHG emissions wherever possible, both over the project’s lifetime and on an annual basis. The guidance points to tools for doing so on the CEQ’s GHG Accounting Tool website. In accordance with recent Federal caselaw, the guidance asserts that comparisons and fractions alone are insufficient to assess the impacts of GHG emissions: “NEPA requires more than a statement that emissions from a proposed Federal action or its alternatives represent only a small fraction of global or domestic emissions.” See, e.g., Friends of the Earth v. Haaland, 583 F.Supp.3d 113 (D.D.C. 2022). Instead, NEPA documents should include some form of absolute, quantitative GHG emissions estimate for the proposed project and each alternative, including the no-action alternative.

Second, in addition to quantifying GHG emissions, Federal agencies should contextualize them such as by monetizing emissions using the social cost of carbon metric (i.e., the estimated economic costs associated with each additional ton of carbon dioxide in the atmosphere); placing emissions in the context of relevant climate action goals and commitments; or providing common equivalents (e.g., comparing emissions to a number of households, cars, or gallons of gasoline burned). The social cost of carbon in particular has been the controversial subject of several Federal court decisions in recent years. The rule that has emerged and is now reflected in CEQ’s interim guidance is that the social cost of carbon is an appropriate metric to analyze climate change impacts under NEPA, but it is not strictly required as long as emissions impacts are otherwise contextualized using comparisons, common equivalents, or foreseeable real-world effects. See, e.g., WildEarth Guardians v. Zinke, 368 F.Supp.3d 31 (D.D.C. 2019) (upholding BLM decision not to use social cost of carbon metric in EA for oil and gas leasing where it would be too speculative under the circumstances).

Third, the interim guidance directs Federal agencies to analyze all reasonably foreseeable indirect climate change impacts of a project. For example, in addition to the direct GHG emissions of mining equipment and transportation vehicles used for a coal extraction project, the project’s NEPA analysis should also assess a “full burn” scenario and describe the GHG emissions that would result from downstream consumption of the extracted coal. This too is consistent with recent Federal caselaw. See WildEarth Guardians v. Zinke, 368 F.Supp.3d 31 (D.D.C. 2019).

Fourth, the interim guidance calls for special consideration of the effects of a project on biological GHG sources and sinks in addition to direct ambient emissions. In fact, these “biogenic” GHG impacts are so important that the CEQ guidance directs Federal agencies to “consider developing and maintaining agency-specific principles and guidance for considering biological carbon in management and planning decisions,” and points to the Forest Service’s current guidance as an example. This could mean, for example, that where a renewable energy project disturbs a carbon stock such as topsoil, the climate change impacts of that disturbance should be considered in the project’s NEPA analysis, something environmental organizations have long advocated for.

Fifth, in addition to analyzing the impacts of a project on climate change, NEPA documents conversely should analyze the impact of climate change on a project by forecasting foreseeable environmental changes over the life of the project and considering climate change resilience and adaptation measures. For example, agencies “should consider the likelihood of increased temperatures and more frequent or severe storm events over the lifetime of the proposed action” and include measures to address these risks. Relatedly, EAs and EISs should consider how climate change could exacerbate the direct effects of a project. For example, “a proposed action or its alternatives may require water from a stream that has diminishing quantities of available water because of decreased snow pack in the mountains, or add heat to a water body that is already warming due to increasing atmospheric temperatures.”

Other areas of the interim guidance reiterate well-established NEPA principles, such as the need to analyze cumulative effects; the requirement to analyze interdependent, connected actions in the same NEPA document; the importance of selecting appropriate alternatives; environmental justice considerations; incorporating previous studies by reference; and implementing appropriate mitigation measures to reduce or offset GHG emissions.

Overall, the interim guidance reinforces the importance of thoroughly but reasonably analyzing GHG emissions and climate change impacts in Federal environmental reviews, and may create new opportunities for legal challenge if agencies, developers, and consultants do not take care to consider them during the NEPA process.