California Goes All In on Offshore Wind 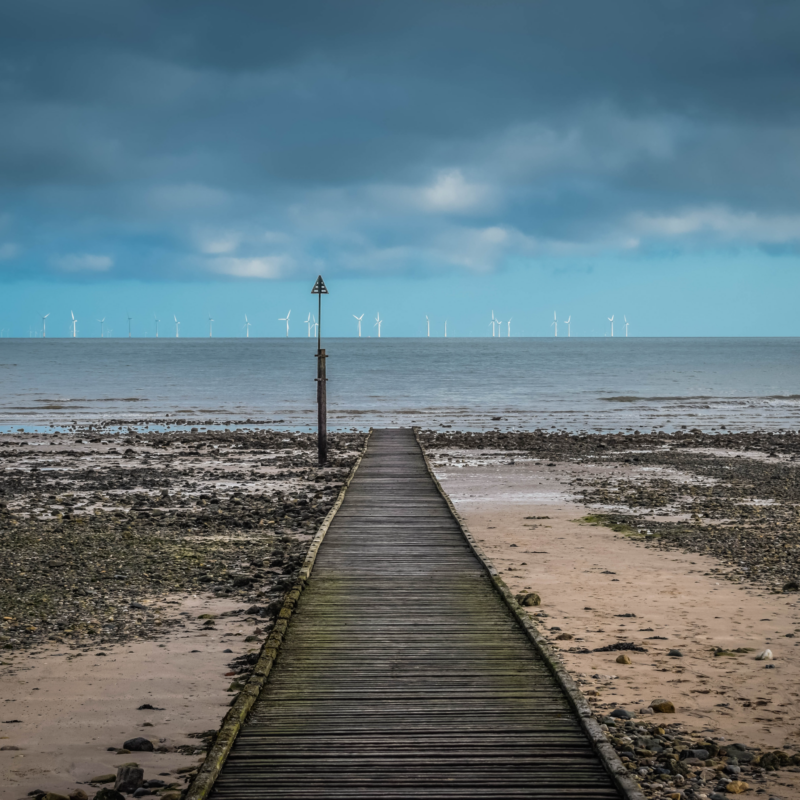 AB 525 directs the California Energy Commission (CEC) to coordinate with other state agencies to develop a long-term strategic plan for offshore wind development in federal waters off the California coast. The bill also requires the CEC to establish statewide offshore wind capacity goals for 2030 and 2045 by the middle of 2022. These steps will lay the groundwork for large-scale installations off California’s 840-mile coast in the coming decades.

Assemblymember David Chiu first introduced AB 525 in February 2021. After it cleared legislative committees, the California State Assembly unanimously passed the bill on 9 September 2021. AB 525 is the first Californian law to address offshore wind directly after years of industry and agency interest in the Golden State’s potential.

AB 525 has three main components. First, it directs the CEC to develop a “strategic plan” to deploy offshore wind energy in coordination with other relevant agencies and labor organizations. The CEC must submit the plan to the California Natural Resources Agency and the state legislature no later than 30 June 2023. The plan must prioritize near-term actions such as port retrofits and workforce development, and must include analyses of eligible sea space, infrastructure development needs, transmission planning, permitting, and potential impacts to sensitive resources and potential mitigation for same. The requirements for the permitting section are discussed in greater detail below.

Second, AB 525 directs the CEC to “evaluate and quantify the maximum feasible capacity of offshore wind to achieve reliability, ratepayer, employment, and decarbonization benefits” and to “establish megawatt offshore wind planning goals for 2030 and 2045” in light of various considerations including workforce potential, port infrastructure, and transmission capacity. The goals are due by 1 June 2022.

Third, the CEC must “develop a plan to improve waterfront facilities” to support offshore wind projects, which shall include a “detailed assessment of the necessary investments in California seaports,” an analysis of workforce development needs, and recommendations for workforce standards for offshore wind energy facilities. The CEC must consult with labor organizations and submit recommendations to the Natural Resources Agency by 31 December 2022.

AB 525 does not contain any statutory capacity targets or substantive milestones of its own. It is more of a statement of legislative intent to facilitate development of an offshore wind industry in the state by requiring capacity goals, infrastructure planning, and coordinated agency reviews and approvals. However, the statute’s preamble does cite a 2021 administrative report concluding that at least 10 gigawatts of offshore wind energy development may be required to achieve California’s climate goals as part of an overall portfolio of 145 gigawatts of renewable energy and storage needed by 2045. While not binding at this stage, these figures presage the magnitude of efforts to come.

West Coast offshore wind is heating up at the federal level as well. In 2018, the U.S. Bureau of Ocean Energy Management (BOEM) identified three “call areas” off the California coast for which it sought industry feedback. Two of those areas – Morro Bay and Humboldt – have moved forward with a Call for Information and Nominations and pre-site characterization NEPA review, respectively.

Additionally, in March of this year, President Biden and his cabinet announced a goal to deploy 30 gigawatts of offshore wind energy by 2030, and in May, the Biden Administration zeroed in on California and announced a plan to unlock more than 600 square miles of federal waters off the state’s coast for commercial scale wind energy development, with 4.6 gigawatts of generation potential.

Despite these recent federal efforts, California is still far behind the East Coast’s progress to date on offshore wind development, in large part due to the technological challenges presented by California’s deeper waters. Rhode Island and Virginia each host an operational test project, and construction will begin imminently on the nation’s first commercial-scale offshore wind project off the coast of Massachusetts. But increased legislative attention and a proven track record of floating wind turbine technology in Europe have converged to form a path toward renewable energy in Pacific waters.

Wind projects in federal waters (i.e., roughly three miles offshore) are under the primary jurisdiction of BOEM. However, in order to connect to the onshore electricity grid, offshore wind projects will require approvals from a number of state agencies as well, including the State Lands Commission, and the California Coastal Commission. We have previously summarized the federal and state permitting processes for offshore wind in California here.

AB 525 seeks to make the state approval process more efficient by specifying detailed requirements for a “permitting roadmap” that lays out various agency roles and responsibilities in the offshore wind authorization process, including standards for timing, sequencing, and coordinating federal and state environmental reviews. This could be an extremely valuable tool for developers given the sheer number of agencies involved in a complex and multifaceted permitting environment. We look forward to reviewing the final product.

The CEC must solicit stakeholder input before finalizing the permitting roadmap; we highly encourage interested developers to robustly engage in this process, as the roadmap will set California’s offshore wind environmental review and permitting standards for years to come.

Bell Kearns specializes in advising on the review and entitlement of large-scale federalized renewable energy projects in California and throughout the western United States. If you have any questions regarding the West Coast offshore wind permitting process, please feel free to contact us at +1.415.230.0599 or info@bell-kearns.com.