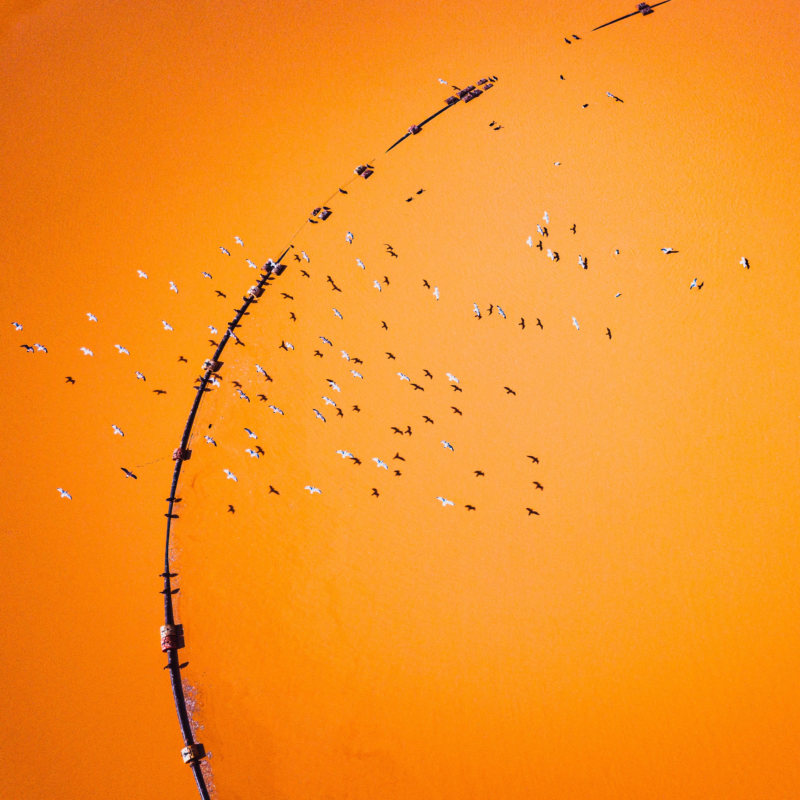 On 4 October 2021, the U.S. Fish and Wildlife Service (USFWS) announced its intent to revoke a Trump-era rule that limited the scope of the Migratory Bird Treaty Act (MBTA) to prohibiting intentional take of avian species and instead develop a new rule for the authorization of what soon will again otherwise be prohibited incidental take.

Effective 3 December 2021, the agency will return to implementing the MBTA as prohibiting “incidental take” of birds that results from otherwise lawful activities. As predicted, we will then be back to a world in which USFWS’s enforcement discretion is the only check on the statute’s broad reach.

That is, at least for the time being, as USFWS also separately announced on 4 October 2021 that it would begin the rulemaking process to establish a permitting regime for authorizing incidental take. The agency tried to implement a similar policy under the Obama administration, but the rule was never finalized. Now, as then, there are challenges in using the more than 100-year-old MBTA as the foundation for a modern incidental take program. In welcome news, though, USFWS is contemplating a streamlined permit process for renewable energy projects that has potential to achieve conservation goals without undermining the Biden administration’s clean energy goals.

The MBTA implements treaties between the United States and Canada, Japan, Mexico and Russia for the protection of migratory birds. The 1918 statute, which currently protects more than 1,000 avian species, generally makes it a crime to “pursue, hunt, take, capture, kill, attempt to take, capture or kill,” possess, sell, purchase, or ship any migratory bird or any part, nest or egg of a migratory bird. The one exception: where the otherwise prohibited act has been permitted by regulations adopted by the Secretary of the Interior.

Interior has adopted regulations authorizing the hunting of migratory game birds, certain scientific and educational activities, military readiness activities, and other actions. But unlike the Endangered Species Act and the Bald and Golden Eagle Protection Act, the MBTA has never had a formal permitting regime for take incidental to commercial or industrial activities – not to mention the far more common incidental take resulting from birds striking buildings, cars, or other structures. Instead, USFWS has historically relied on enforcement discretion.

Prior to and during the Obama administration, courts disagreed over whether and to what extent the MBTA prohibits conduct that results in, but is not intended to, take or kill migratory birds. The Fifth Circuit has taken the strongest stand against such liability, holding in the 2015 U.S. v. CITGO Petroleum Corp. case that the Act does not prohibit the incidental take of migratory birds due to otherwise lawful activities. The Ninth Circuit and courts in the Eighth Circuit have also declined to read the MBTA as imposing strict liability, though they have not been as unequivocal. On the other end of the spectrum are the Second Circuit and courts in the Tenth, which have held that the MBTA does prohibit incidental take.

That said, widespread enforcement of the MBTA has not historically occurred even within the circuits that prohibit incidental take. Whether out of prudence or necessity, USFWS has relied on prosecutorial discretion to focus its enforcement efforts on bad or at least negligent actors. Wind energy developers, for example, who implemented best practices and engaged in demonstrable, good-faith efforts to reduce incidental take of migratory birds traditionally had less to worry about than those who did not take such measures. Notably, because the MBTA lacks a citizen suit provision – meaning that private actors cannot sue developers over instances of incidental take – USFWS’s discretion is all-controlling.

The Trump administration responded with Solicitor’s Opinion M-37050, which withdrew and replaced the Obama opinion and followed the Fifth Circuit to assert that the MBTA does not prohibit incidental take. The administration ultimately codified this interpretation with a formal rulemaking on 7 January 2021, but by that point it was clearly a dead letter.

The Biden administration moved quickly to repeal the Trump-era rules, publishing on 7 May 2021 a proposed rule that would revoke the Trump interpretation of the MBTA as inapplicable to incidental take.

On 4 October 2021, USFWS promulgated a final revocation rule that will take effect on 3 December 2021. As expected, the final rule simply revokes the Trump-era MBTA interpretation. The result is that USFWS will interpret the MBTA as prohibiting incidental take and “appl[y] enforcement discretion, consistent with judicial precedent and longstanding agency practice prior to 2017.”

Also on 4 October, USFWS announced an advance notice of proposed rulemaking (ANPR) signaling its intent to (1) codify its interpretation that the MBTA prohibits incidental take; and (2) establish a regulatory framework for authorizing incidental take. The 4 October ANPR explains that USFWS is considering a three-tiered approach to incidental take authorizations.

First, USFWS could use “regulatory authorizations to except certain activities from requiring a permit,” such as non-commercial activities and activities “where activity-specific beneficial practices or technologies sufficiently avoid incidental take.”

Next, USFWS could use general permits to authorize activity-specific take, subject to specified conditions. The ANPR anticipates that parties could obtain coverage under applicable general permits by submitting a request to USFWS, with coverage effective upon submission without requiring staff review and approval. Notably, the ANPR states that although general permits would include reporting requirements, USFWS “would not need to specify a number of birds authorized, specify species of birds authorized, or require extensive monitoring requirements in the permit conditions for the registration system.” The Service intends not to determine general-permit eligibility based on actual mortality at a given project, but rather on more broadly applicable criteria, such as the use of specified design features or location outside of geographic areas with a known high density of migratory birds.

Notably, unlike the Obama-era proposed MBTA take regulations, the ANPR states that USFWS is considering including onshore and offshore wind as well as solar energy development among the activities for which it will issue take authorization under a general permit. The ANPR notes that USFWS may authorize these project activities “through permit exceptions until activity-specific regulations are warranted and can be promulgated.”

Finally, for non-exempt activities that do not qualify for a general permit, the ANPR anticipates that USFWS could authorize take under an individual permit. The Service will need to establish eligibility requirements and application procedures in the forthcoming rulemaking process, but the ANPR notes that the framework could be similar to the permit regulations currently set forth at 50 CFR part 21, subpart C for scientific collecting, import and export, and other activities involving the take of migratory birds.

When the revocation takes effect on 3 December 2021, USFWS will return to the practice of using enforcement discretion when implementing the MBTA’s prohibition on incidental take. This means that, as prior to the Trump administration, regulated entities whose activities inadvertently take migratory birds can do little more than exercise best practices to avoid avian impacts and rely on USFWS’s sound exercise of prosecutorial discretion, at least until a permitting rule is in place. Fortunately, given the MBTA’s lack of a citizen suit provision, it is the opinion of the USFWS and, by extension, the Biden administration that matter most in such a regulatory environment.

The USFWS’s inclusion of wind and solar projects in its tentative list of general-permit activities is welcome news, particularly when it comes to project financing. A general permit for renewable energy projects could function similarly to the status quo during the Obama administration, where USFWS effectively allowed incidental take from wind projects that complied with the agency’s 2012 Land Based Wind Energy Guidelines—but with more clarity and without the looming specter of future ad-hoc enforcement that can cause concern for investors. Renewable energy developers should consider submitting comments encouraging USFWS to retain wind and solar activities in this list, and not to undermine the practical utility of such general permits with unreasonable geographic or other limitations. With that said, environmental NGOs will of course push USFWS in the opposite direction.

While there are early indications that a forthcoming incidental take program could provide developers welcome certainty at a reasonable cost, important questions remain. Even assuming that USFWS does authorize take by renewable energy projects under a general permit, for example, the agency has yet to specify the conditions such permits may require.

Another major question that USFWS will have to answer in adopting an incidental take program is how to treat existing facilities. The ANPR is relatively mum on this issue. But in asking for information on the “economic costs and benefits of implementing beneficial practices for retrofitting existing infrastructure,” the notice does make clear USFWS at least has existing infrastructure on its radar.

Of course, the revocation rule as well as any MBTA incidental take permitting rule will likely generate litigation. As noted above, the circuit courts are already split regarding whether the MBTA reaches incidental take. It is possible this question may ultimately make its way to the Supreme Court.

USFWS will accept written public comments on development of the proposed rule until 3 December 2021.

Bell Kearns specializes in advising on the review and entitlement of large-scale federalized renewable energy projects in California and throughout the western United States. If you have any questions regarding this article, please feel free to contact us at +1.415.230.0599 or info@bell-kearns.com.