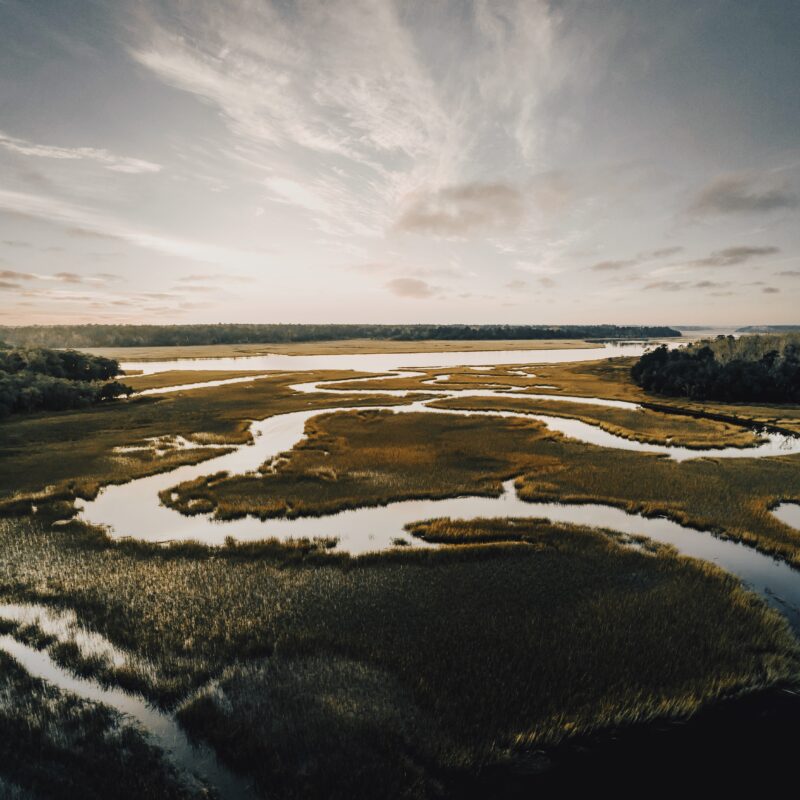 The decision might prove costly to the Biden Administration and others invested in a relatively broad definition of WOTUS.

This week the Ninth Circuit issued yet another Clean Water Act ruling in what is now the 13th year of the Sackett v. EPA litigation, a case about the U.S. Environmental Protection Agency’s authority to regulate a 0.63-acre residential lot near Idaho’s Priest Lake that has already generated one important Supreme Court decision.

After rejecting EPA’s arguments that its recent withdrawal of the compliance order at the heart of the matter mooted the case, the court held that the agency did not act arbitrarily and capriciously when it found that the Sacketts’ lot contained waters of the U.S. (“WOTUS”) subject to CWA regulation. This apparent victory, however, might prove costly to the Biden Administration and others invested in a relatively broad definition of WOTUS.

Standing alone, this decision would be inconsequential.  It simply reaffirms prior Ninth Circuit precedent establishing that Justice Kennedy’s concurring opinion in Rapanos is the controlling opinion from that 2006 case, and then proceeds to apply the Justice Kennedy “significant nexus” test to a straightforward set of facts.

But in the context of recent legal maneuvering regarding the scope of WOTUS, this decision could have significant ramifications. The Sacketts—still represented by the Pacific Legal Foundation, which helped them prevail before the Supreme Court in 2012—will almost certainly petition the high court once again. And if the Court takes the case, the Sacketts could find a friendly audience at One First Street, where we expect at least five Justices would endorse the narrower reading of WOTUS articulated by Justice Scalia in his Rapanos plurality opinion. Meanwhile, the Biden Administration will no doubt redouble its efforts to repeal and replace the Trump-era WOTUS definition as quickly as possible to avoid the Supreme Court ruling on the issue before it can formally weigh in.

Broadly speaking, the CWA prohibits “the discharge of any pollutant” without a permit. It defines “discharge of a pollutant” as “any addition of any pollutant to navigable waters from any point source,” and “navigable waters” as “waters of the United States.” To put it lightly, the scope of “waters of the United States,” or WOTUS, has been subject to much debate.

The Supreme Court last took up this question directly in the 2006 Rapanos case but, failing to issue a majority decision, hardly resolved it. In a plurality decision joined by the Chief Justice as well as Justices Thomas and Alito, Justice Scalia interpreted WOTUS to ‘‘include[ ] only those relatively permanent, standing or continuously flowing bodies of water forming geographic features that are described in ordinary parlance as streams, oceans, rivers, and lakes,’” as well as ‘‘wetlands with a continuous surface connection’ to bodies that are ‘waters of the United States’ in their own right.” For the plurality, it was not enough that wetlands be “adjacent” to tributaries that fed navigable waters.

Justice Kennedy concurred in the judgment but wrote separately. While he did not reject jurisdiction over “adjacent” wetlands out of hand, Justice Kennedy would have held that “jurisdiction over wetlands depends upon the existence of a significant nexus between the wetlands in question and navigable waters in the traditional sense.” A significant nexus would be present, Justice Kennedy mused, if the wetlands in question “either alone or in combination with similarly situated lands in the region, significantly affect the chemical, physical, and biological integrity of other covered waters more readily understood as ‘navigable.’”

The Sacketts’ long legal saga began in the wake of Rapanos. In short, EPA informed the Sacketts in 2007 that they could not backfill their soggy 0.63-acre lot without a CWA permit, and the parties have been fighting over the scope of EPA’s authority ever since. Initially, EPA argued that the Sacketts could not challenge the compliance order that formally notified them of their CWA violation. In a 2012 decision, however, the Supreme Court held that the compliance order was in fact a final agency action subject to judicial review.

After seven years of district court proceedings following remand from the Supreme Court’s 2012 Sackett decision, the trial court held in 2019 that EPA did not act arbitrarily or capriciously in issuing the compliance order. The Sacketts promptly appealed to the Ninth Circuit.

EPA abruptly changed its strategy last year. After receiving multiple briefing extensions from the Ninth Circuit, EPA sent the Sacketts a short letter in March 2020 stating that it was withdrawing its compliance order. The agency informed the Sacketts that it had decided not to enforce the order several years prior, and did not intend to issue a similar compliance order in the future. The agency then argued that the Ninth Circuit should dismiss the Sackett’s case as moot.

The appeals court rejected EPA’s argument, emphasizing that EPA had not actually disclaimed its authority to regulate the Sacketts’ property under the CWA. The court also voiced its displeasure with EPA’s conduct: “Forcing the Sacketts to engage in years of litigation, under threat of tens of thousands of dollars in daily fines, only to assert at the eleventh hour that the dispute has actually been moot for a long time, is not a litigation strategy we wish to encourage.”

On the merits, the Sacketts argued that the Ninth Circuit should apply not Justice Kennedy’s significant nexus test, but rather the Rapanos plurality opinion authored by Justice Scalia. The court disagreed.

Notably, the court spilled little ink over the convoluted regulatory history of the WOTUS definition. It simply held that it would apply the regulations in effect when EPA issued the compliance order at issue, noted that the Sacketts objected to those regulations only because they did not reflect the Scalia plurality opinion as the controlling Rapanos decision, and proceeded to address the question of which Rapanos opinion to follow.

The court emphasized that it was bound by precedent: “In interpreting Rapanos to evaluate this argument, we are not writing on a blank slate. In Northern California River Watch v. City of Healdsburg, 496 F.3d 993 (9th Cir. 2007), we concluded that ‘Justice Kennedy’s concurrence provides the controlling rule of law’ from Rapanos.” The court proceeded to find that Healdsburg remains good law, and, applying Justice Kennedy’s substantial nexus test, held that EPA did not act arbitrarily or capriciously when issuing the compliance order asserting CWA jurisdiction over the Sacketts’ property.

While this decision might look like a win for EPA and a loss for the Sacketts, the opposite could ultimately prove true.

The Sacketts appear to be angling for another opportunity to get before the Supreme Court. They may well get it. The question of the scope of the WOTUS definition continues to be an unsettled and important one, impacting developers and agencies across the nation and generating a considerable volume of litigation. And mootness questions aside, the Sackett case appears to be a good vehicle for the high court to address it. By largely avoiding the quagmire of recent regulatory efforts to define “WOTUS,” the Ninth Circuit’s recent decision frames the issue neatly: does the Kennedy Rapanos opinion control, or should lower courts apply Justice Scalia’s narrower definition of WOTUS?

If the Supreme Court does take the case, it is difficult to see how EPA prevails on the merits. While Justice Scalia is of course no longer on the Court, the three other Justices that signed onto his plurality opinion in Rapanos—the Chief Justice as well as Justices Thomas and Alito—are. Meanwhile Justices Kavanaugh and Barrett hold the seats formerly occupied by Justices Kennedy and Ginsburg, respectively.

The Court’s decision last year in County of Maui v. Hawaii Wildlife Fund, a CWA case that did not explicitly address the definition of “WOTUS,” provides additional insight. As we wrote previously, in Maui Justices Roberts and Kavanaugh joined the Court’s liberal members in finding that the CWA “requires a permit when there is a direct discharge from a point source into navigable waters or when there is the functional equivalent of a direct discharge.” Justice Kavanaugh devoted much of his concurring opinion to explaining why Maui “adheres to the interpretation set forth in Justice Scalia’s plurality opinion in Rapanos.” The Maui dissenters (including Justice Gorsuch), meanwhile, took pains not to criticize the Rapanos plurality.

In his Maui concurring opinion, Justice Kavanaugh emphasized that Justice Scalia’s Rapanos opinion addressed the argument that reading “WOTUS” narrowly would allow polluters to evade the CWA’s permitting requirement by discharging into non-covered features that flow into WOTUS. The Rapanos plurality rejected this concern, observing that the CWA “does not forbid the ‘addition of any pollutant directly to navigable waters,’” and suggesting that therefore “the discharge into [noncovered] channels of any pollutant that naturally washes downstream [to waters of the United States] likely violates” the CWA’s permit requirement. (Emphasis in original). The Maui decision removes any doubt on that point, thereby eliminating a powerful argument against the Scalia approach to defining WOTUS.

We expect EPA will do what it can to avoid a decision from the Supreme Court that conclusively interprets “WOTUS” as that term is used in the CWA. First, the agency could redouble its efforts to moot the case by making absolutely clear that it will not regulate the Sacketts’ property under the CWA. This could persuade the Supreme Court to issue a narrow ruling on mootness grounds, or, perhaps better yet from the perspective of the Biden Administration, not take the case in the first place. Second, we expect the Biden Administration will also redouble its efforts to repeal the Trump-era WOTUS definition and replace it with a regulatory definition of its own before the Supreme Court can issue a decision in a hypothetical Sackett II case. In that scenario, the Biden Administration could argue that its new rule is (or will be) entitled to deference under the Chevron doctrine, and that the Supreme Court should at minimum refrain from issuing a decision that bears on the new regulations.

In the meantime, developers are left with what by now is familiar uncertainty.