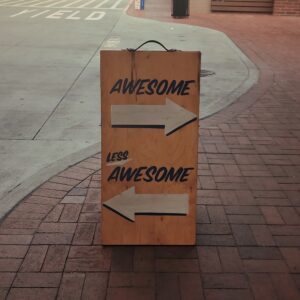 The final rule, available here, adopts the changes CEQ proposed in October 2021 almost wholesale. It contains three key components. First, the rule removes the Trump-era requirement that an environmental impact statement’s (EIS) “purpose and need” section be based on the goals of the applicant and the agency’s authority, with a corresponding edit to the definition of “reasonable alternatives.” Second, whereas the Trump regulations arguably prohibited agencies from adopting NEPA regulations more stringent than CEQ’s, the new rule reverts to the prior practice of treating CEQ regulations as a floor, not a ceiling. And third, the rule reinstates the pre-Trump requirements that agencies consider the indirect effects and cumulative impacts (such as climate change) of proposed agency actions, provided they are reasonably foreseeable.

Unlike regulations implementing the nation’s other bedrock environmental statutes, such as the Clean Water Act and the Clean Air Act, CEQ’s NEPA regulations have until recently been remarkably stable. In fact, except for minor amendments in 1979 and 1986, CEQ’s original 1978 regulations remained unchanged until the Trump administration finalized a comprehensive overhaul in January 2020. Our summary of the 2020 rule is available here.

Under the Biden administration, CEQ quickly set out to revise the Trump-era rule. CEQ has billed the just-published rule as Phase I of this effort, which focuses on “significant near-term interpretation or implementation challenges” that “would have the most impact to agencies’ NEPA processes during the interim period before a ‘Phase 2’ rulemaking is complete.” This phase effectively reverts key aspects of the Trump rule to the prior status quo. In Phase 2, CEQ promises “comprehensive revisions to the 2020 regulations.”

CEQ’s NEPA regulations have always required every EIS briefly to state the underlying purpose and need to which a federal agency is responding. The Trump-era rule added the express requirement that agencies limit this statement to the agency’s statutory authority and, when the agency is responding to a permit request, the goals of the applicant. Concerned that this could be construed to require agencies to prioritize the applicant’s goals over other relevant factors, including the public interest, the Biden rule strikes this language altogether and reverts to the 1978-2020 status quo. The rule makes a corresponding edit to the definition of “reasonable alternatives” to eliminate the apparent requirement in the 2020 rule that each alternative considered in an EIS meets the goals of the applicant in some way.

The new rule thus reverts to the pre-Trump practice of treating applicant goals as an “important, but not determinative, factor in developing a purpose and need statement.”

In other words, the new rule again reverts to the pre-Trump status quo: agencies may “exercise their discretion to develop and implement procedures beyond the CEQ regulatory requirements; however, agency procedures cannot conflict with current CEQ regulations.”

NEPA directs agencies to consider all potential environmental “effects” of their actions. Historically, the analysis included not only direct effects, but also indirect and cumulative effects of an action in the context of other past, present, and reasonably foreseeable future actions. The Trump-era rule narrowed the definition of “effects” to those that are “reasonably foreseeable and have a reasonably close causal relationship” to the action; generally excluded effects that are remote in time, geographically remote, or the product of a lengthy causal chain; and fully excluded effects that the agency has no ability to prevent. The 2020 rule also removed the definition of cumulative impact from the regulations altogether. The most notable practical result of these changes was to eliminate the implicit requirement that federal agencies consider the impacts of their actions on climate change.

In its latest rule, CEQ repeals these revisions and reverts to recognizing indirect and cumulative effects that may be geographically or temporally remote or outside the agency’s full control. Unlike the proposed rule, however, CEQ’s final rule does retain the express requirement that agencies are required only to consider effects and impacts that are “reasonably foreseeable,” consistent with longstanding agency practice and the caselaw.  In its new rule, CEQ also describes climate effects as a “critical category[y] of reasonably foreseeable effects that are temporally or geographically removed” from an agency’s immediate action, leaving little doubt that agencies preparing EISs should consider climate change.

There are no surprises in CEQ’s final Phase I rule, with the agency adopting the revisions set forth in its October 2021 proposed rule almost word for word. These changes, moreover, break no new ground, but instead essentially revert key aspects of the Trump-era rule to the 1978-2020 status quo.

The extent to which CEQ will eliminate or modify other aspects of the 2020 NEPA regulations in its Phase 2 rulemaking remains to be seen. The Biden administration would do well seriously to consider retaining at least some of these provisions.

As we have previously written, for example, the existing rule’s time limits (one year for environmental assessments and two years for EISs) can be valuable in preventing agencies from unreasonably dragging out the environmental review process—especially for renewable energy projects where time is of the utmost essence.

The existing regulations also sensibly allow agencies to apply categorical exclusions adopted by other agencies, which are driven by the nature of a given action’s impacts, not by agency jurisdiction. If an agency determines that the facts warrant application of a categorical exclusion developed by a different agency, it ought to be able to apply it.

Finally, the 2020 rule expressly permits project applicants to prepare NEPA documents for an agency’s review. This practice is already common in states with NEPA equivalents, such as California, where applicants routinely produce initial draft environmental review documents or are invited to review and comment on pre-publication administrative drafts of environmental documents prepared by third parties on contract to the lead agency but paid for by the applicant. Because applicants often have more focused resources to devote to the environmental review process as well as a greater interest in ensuring compliance with NEPA, the result is not just time savings, but more robust environmental review. And because federal agencies will always have the final say as to whether to adopt or reject an applicant’s suggestions, concerns about reducing agency impartiality should be minimized.

We anticipate that the Biden administration will release a proposed Phase 2 rule later this year.